Most Beautiful Hawaii Mountains on Oahu 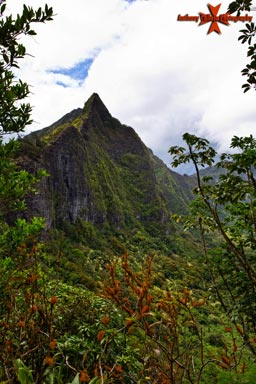 Oahu is separated into 5 main areas: Honolulu, the North Shore, the Windward Coast, Central Oahu and the Leeward Coast. Note that world-famous Waikiki is actually a neighborhood located in greater Honolulu.

Oahu occupies 597 square miles and is the second oldest of the six Islands of Aloha, lying between Kauai and Maui. Oahu is made up of two major mountain ranges that were once shield volcanoes that are now extinct. These two mountain ranges - the Waianae range to the west and Koolau range to the east - run almost parallel to each other. Over a hundred ridges extend from the spines of each range creating beautiful valleys and stunning mountain vistas.

The Waianae range on the west side, separates Central Oahu from the Leeward Coast and is the oldest part of Oahu at roughly four million years old. For the most part, the leeward (west) side is considerably warmer and drier than the east.

The Koolau mountain range spans the length of the islands - eastern coast for about 34 miles from Kahuku in the north to Makapuu in the south. The Koolau range separates the Windward Coast of Oahu from Central Oahu. On the windward (east) side, thousands of years of constant gales have carved beautiful rippling rock faces, near-vertical ridges and precipitous cliffs. You can get a fantastic view of the Koolau cliffs from the Nuuanu Pali Lookout. Today, the Windward Coast tends to be Oahu's wetter and greener side of the island.

There are several smaller post-shield volcanic outcroppings scattered throughout the island, all of which are extinct. These appear in the form of volcanic cones and heads usually no greater than 1,000 feet high and a mile in diameter. The most famous of these include Leahi (Diamond Head) and Punchbowl craters (home to the National Memorial Cemetery of the Pacific), both popular visitor attractions. Koko Head crater sits on the youngest part of Oahu at about 32,000 years old. 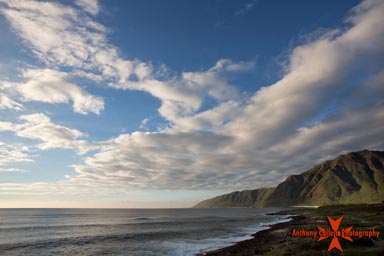 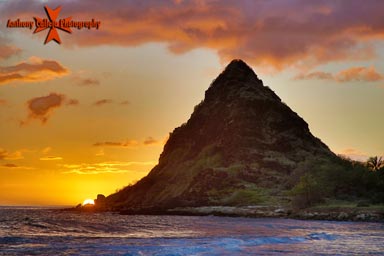 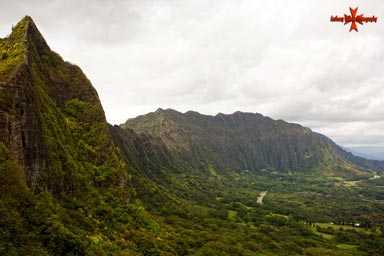 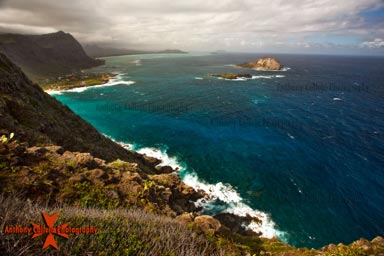 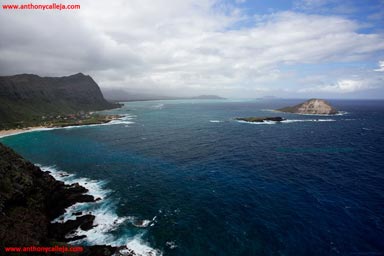 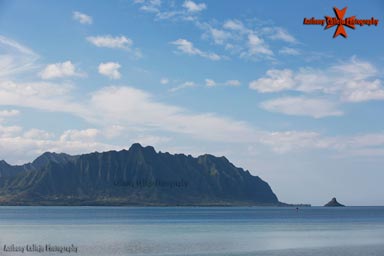 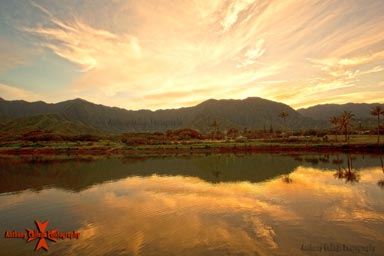 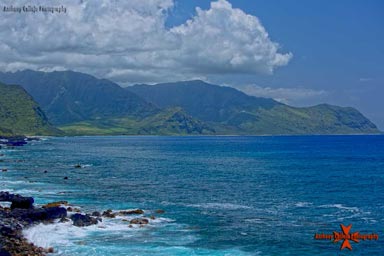 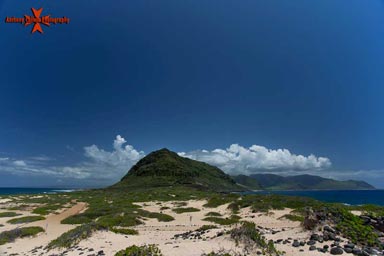 Planning to see Oahu's Koolau Mountain Range during your visit to Hawaii? Why not plan a photo session with a Pro Photographer and have memorable portraits with Koolau Mountains as a backdrop.